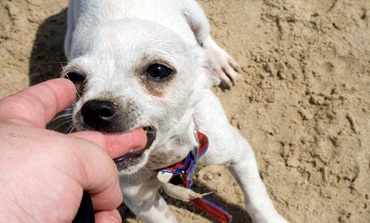 If you or a loved one has been hurt badly by a dog, review Ohio laws on dog bites to determine whether you should file a lawsuit against the dog’s owner. If the dog bite caused an injury and you had to get medical care for it, you should definitely discuss the incident with an Ohio dog bite attorney.

Dog bite injuries fall under tort law, which covers other personal injury cases, such as slip and fall accidents and auto accidents. Like other states, Ohio has a statute of limitations for dog bites. If a dog in Ohio bites you, you must file a lawsuit within two years of the incident in order to obtain compensation for damages stemming from the bite. The courts in Ohio will not hear a case that has been filed after the statute of limitations has expired.

What to Do Immediately After a Dog Bite

After a dog bites you and injures you, seek medical attention immediately and determine who owns the dog. Health officials will watch the dog under quarantine for 10 days to determine whether it has rabies. If the dog was a stray and animal control officers weren’t able to catch it, you may be required to undergo rabies treatments.

If you choose to file a lawsuit against the dog’s owner, a dog bite attorney in Columbus, Ohio can help you assess the details of your case and identify its strengths and weaknesses. An experienced Columbus dog bite attorney will be knowledgeable about dog bite laws, know how to document your injuries, and help prove that the dog owner is responsible for compensating you for your injuries. Contact Jones Law Group to schedule a free consultation and find out how we can help.