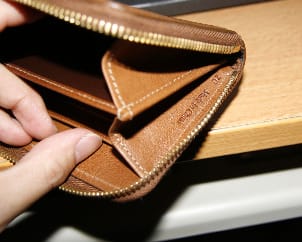 Employment discrimination lies at the heart of many cases involving minimum wage and overtime violations, unequal pay for men and women doing the same jobs, and the denial of pay raises and promotions. Business owners and corporate executives may believe that some employees do not deserve fair or equal pay simply because they are female, of a certain race or too old or too young. Sometimes, a supervisor or manager will believe that demanding unpaid overtime is justified, or a restaurant owner will believe that some tipped employees do not deserve to keep all the tips left by customers. Many of these discriminatory pay practices are carried out because the people who cheat employees consider the victims too weak and uninformed to demand fair treatment.

The good news is that many laws exist to ban discriminatory practices by employers and managers. Unfortunately, enforcing one’s rights under those laws can be difficult. Hiring a dedicated Columbus discrimination lawyer from a Columbus employment discrimination law firm will give an unfairly paid employee access to the knowledge and energy needed to make a dishonest employer pay up.

The three most important federal laws that prohibit discriminatory pay practices are:

Other important antidiscrimination laws are the Americans With Disabilities Act (ADA), the Pregnancy Discrimination Act, and the Uniformed Services Employment and Reemployment Right Act (USERRA)., Each law protects employees in specific ways, so any worker in Ohio who suspects an employer is paying them unfairly should consult with an attorney from a Columbus employment discrimination law firm to find out what their legal options are.

What Can an Employee Do About Unpaid Wages?

Keeping records in the form of pay stubs and W-2s is essential. Also, while an employer can find many valid reasons to safeguard confidential information related to the wage and salary information of its employees, co-workers can legally talk among themselves to compare pay and employers cannot prohibit it or retaliate against employees for doing so. When discrepancies become apparent, taking the evidence to an employment discrimination and unpaid wages attorney can start the process of demanding back wages, potentially with interest and/or penalties applied.

Since different regulations implement each of the laws named above, partnering with an experienced Columbus employment law attorney to collect and organize evidence, prepare and file complaints, and deal with agency staff is highly recommended. Enlisting the advice and representation of a lawyer can also protect an employee from possible retaliation like getting fired or harassed.